The art of foley with POW Studios 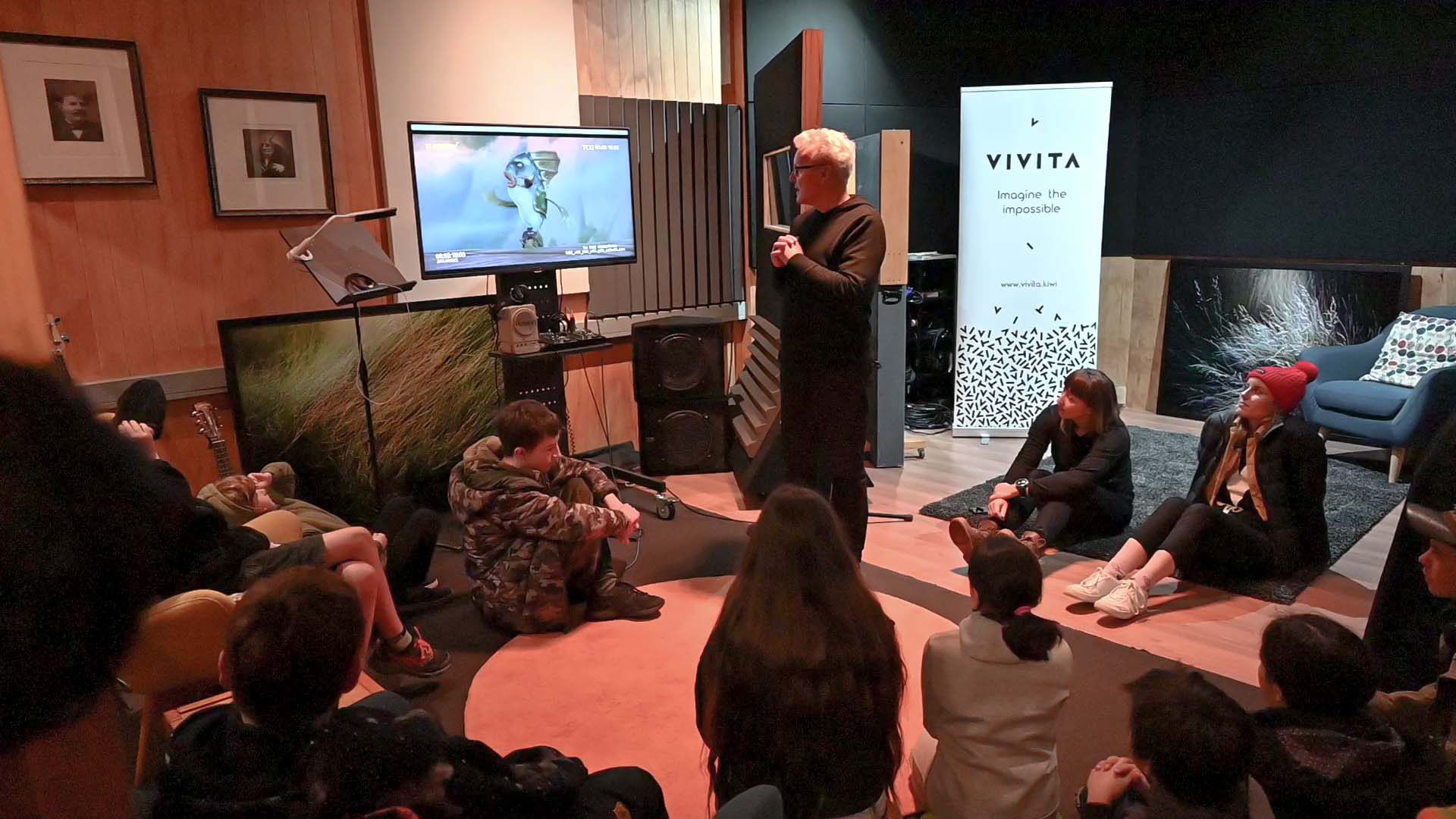 Our last of the three-day Moving Images workshops immersed us into the world of sound effects to learn the craft and art of foley making. Named after sound-effects artist Jack Foley, the technique aims to reproduce everyday sound effects added to the film, video, or theatre shows. The sounds aim to enhance the auditory experience and heighten a sense of reality in the scene. While this form of art dates back to the early days of radio in the 1920s, the use of foley is still a crucial component of every film post-production. And who could be better at explaining the art to VIVITA kids than Wellington local veteran foley studio POW Studios founder John McKay.

Foley workshop – back to basics

The best kind of foley is the one that you overlook while watching the movie. So to understand how it works and what that means, we had to go back to the basics. To illustrate this, John showed our participants a cartoon, Kung Food, that POW Studios has designed sound effects for.

As we learned, when the sound studio receives the film reel, it is completely silent before foley is added. Just the voices of actors are present. Then, like an onion, layered sounds are carefully curated and added to the film. These sounds are feet to bring attention to characters moving across the room. Also, wind and background sounds, such as waves slapping against the boat, bring viewers into the scene and effects. Or sounds such as squeaking of the cabbage leaf pants our main character from the movie was wearing. Foley artist – who, as an actor, takes on the character’s role, creates and enacts the sounds on what they see on the screen. This sound is all recorded live and added to the film, one sound at a time.

After seeing examples of how professionals did it, it was time for our participants to take turns trying to make their version of the sound for footsteps. Would they use fingertips, or would they tap their feet lightly? Up to the artist! But one thing came clear – it looks easier than it really is!

During the second part of the workshop, participants were divided into teams of three to create their unique sound effects using household objects and different types of vegetables. For example, celery is an excellent replica of breaking bones, and balloons can be used for squeaks and rubs. All the sounds were recorded and added to VIVITA collective soundbank.

Lastly, the teams were ready to make real foley art on a stop-motion video created by our members during the DAY 2 workshop. Again, each team had a chance to plan out their sounds, practice them,  and record them live in the studio.

And we must say, John was pretty impressed with the creativity and quality of sounds the young participants made!

While this was the last of the series of movie-related workshops, there was real excitement in the air. Did we just witness future Golden Globe artists in the making? Only time will tell!

For hosting us in your studio Gilli Bird (Western Audio Engineering)
For sharing your wisdom and knowledge, John McKay (POW Studios)