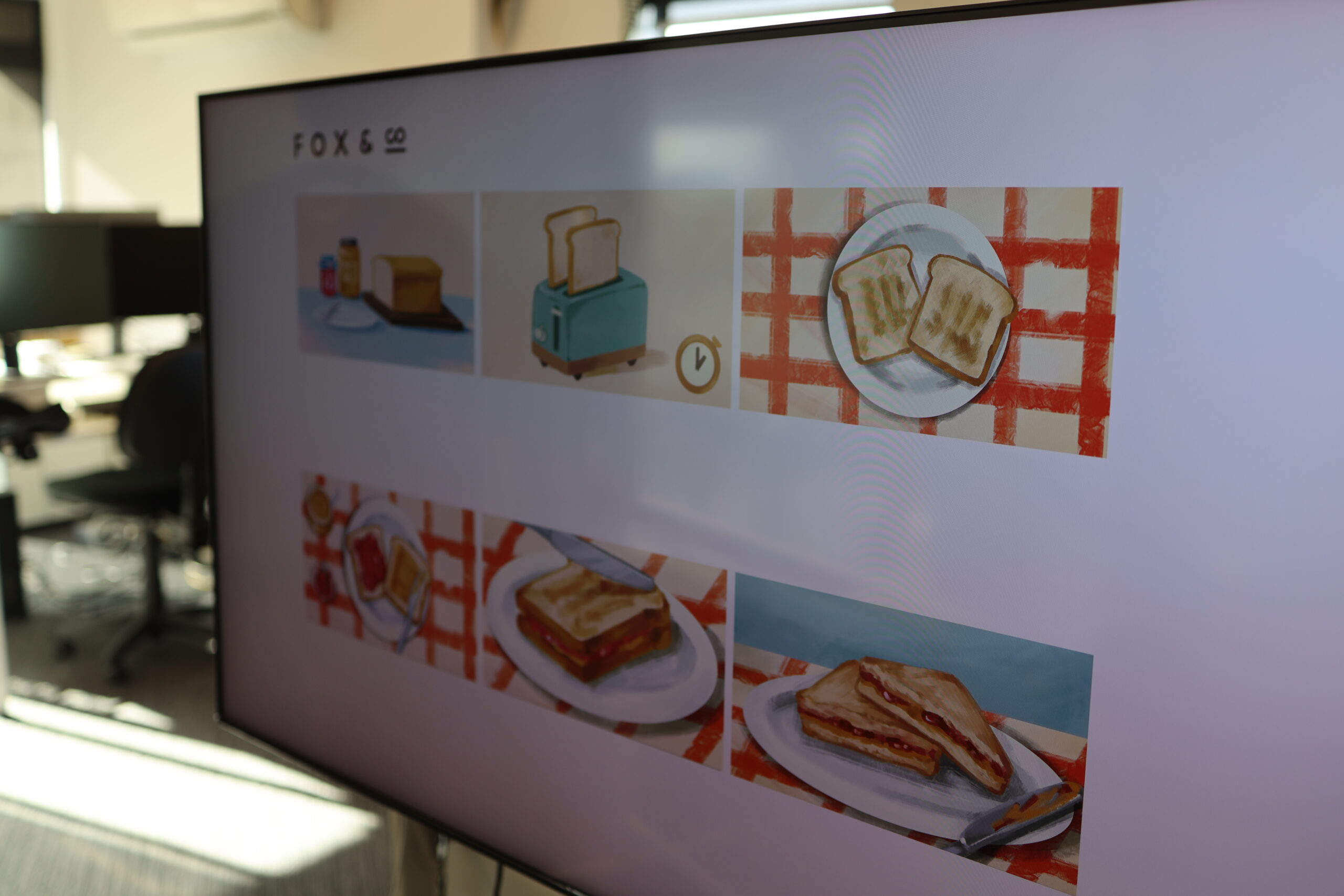 Animation has many shapes and forms. In its inception, animation was a form of storytelling used by the Ancient Greeks. Think of the pottery where you see little human figures painted on the side!

Over the hundreds of years, animation techniques have gone through a great sprint of innovation where the images became live through drawings and finally using CGI (computer-generated imagery).

VIVITA friends from Fox&Co. Design are masters of their craft in animation. They work with global brands and companies for animated marketing videos and social …. And much more. And with all their knowledge, they wanted to share it with our young creators.

And this is the story of how we tipped our toes to the magical world of animation during our Moving Images workshop.

First, stop – what is animation after all?

At its core, animation brings images and characters to life through moving pictures or motion pictures. The drawings or photos are manipulated in a way that presents a narrative to the viewer. It uses movements and expressions similar to a comic strip to tell a story. And the story is a place where an animator starts their work using a storyboard!

During the workshop, young creators got a task to tell a simple story – “How would you make a Peanut Butter and Jelly sandwich?”. While seemingly an easy task, we found out that every story was unique! Some might toast the bread until it burns. Some might wait 5 minutes before picking the bread from the toaster. At the same time, some would risk burning their fingers and grabbing the hot toast. The art of spreading the peanut butter also had contradicting views – would the bread be covered from corner to corner, or should it be just a generous dollop in the middle? Matter of taste, I would say?!

Realising how many ways one can make a PJ sandwich, we understood the power of storytelling and the need for a storyboard to put all these ideas down. You just cannot expect your fellow animator would make the sandwich to your preference.

Second stop – Back to the the drawing boards!

Completing all six squares of the story (board), the young creators shared their narrative and received some feedback, tips and tricks from the Fox&Co team to make their work even better. Armed with all that new knowledge, another round of storyboarding was on. This time our creators were enhancing their story.

Once the basics of storyboarding were covered, it was time to learn techniques to create an illusion of moving images. An all-time classic way to learn the skill is by animating a simple bouncing ball – frame by frame.

But, wait, what is a frame?

Frame is an individual image from the sequence of images. To make an object look in motion, animators create anywhere from 12-30 frames per second – this is, 12-30 images, where the object is recreated in a slightly different position. All these images have to be done on a separate sheet of paper that can be flipped.

For a bouncy ball to look as bouncing, creators had to first decide the curves of the ball from touching the ground and then bouncing back up. Then, to that curve or trajectory, it was easy to draw bouncing balls. The most challenging part of this exercise was aligning the curves on separate papers and then drawing the balls in the same shape and size but slightly different positions on the following page.

Not as easy as it looks, aye!!

The best advice for the young animators come from Phyo, the founder of Fox&Co: “ Keep on drawing, as much and as often as you can. It is the easiest way to communicate your ideas to the world!”

Last but not least, Fox&Co Team had put up some fun rewards for a few lucky kids who got their names drawn from the hat (or was it a bowl?). What a great end to the fun day!

Thank you, Phyo and Fox&Co. Design team, for hosting the workshop, sharing your knowledge and inspiring VIVITA kids! And of course, Harlequin the pug, for entertaining!